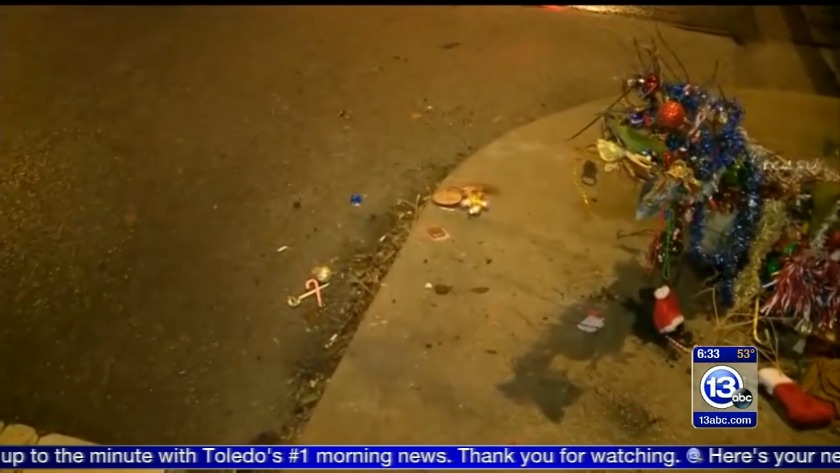 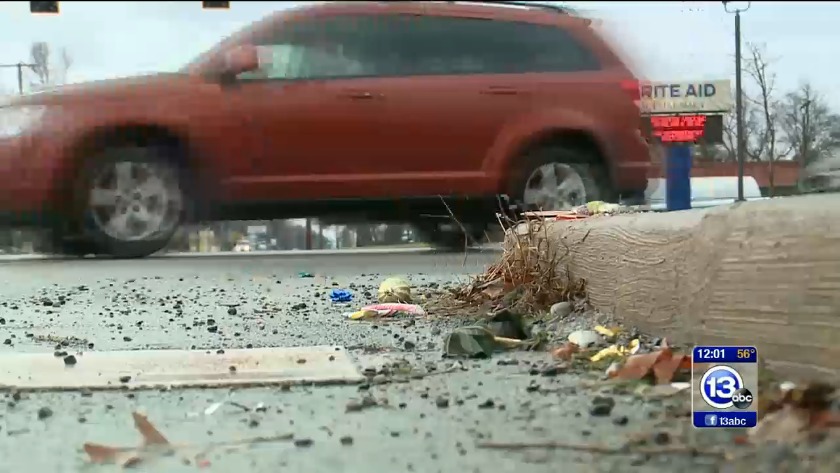 TOLEDO, Ohio (WTVG) - The beloved Toledo Christmas Weed is no more after an apparent grinch swiped it early Friday morning.

Tap here to see the exclusive video of the thief stealing the now-famous holiday growth.

13abc’s morning crew was there as the heist took place. Reporter Michael Bratton and photographer Rich Gratop were originally on scene informing people of the final day to visit the weed before clean up was set to begin.

The team saw a man pull up to the weed in his car. He then got out, grabbed a pile of items, including the weed, and then put them in his trunk and drove off.

13abc’s crew walked to the pedestrian crosswalk island where the weed sat to see if it was still standing, but it was gone. Other decorations and items remain. Gratop caught the whole thing on camera.

The Toledo Christmas Weed started a week before Christmas when a man stopped by Alexis and Secor and placed tinsel on it. From there things took off and decorations, presents and people appeared.

The community even rallied around the scrappy weed and donated and collected items for those in need.

Stories of the weed grew so big that it even made national headlines and got its own shirt and tree ornaments, too. Toledo’s mayor even issued a proclamation to the weed.

Starting Saturday, local Cub Scouts and Girl Scouts are set to be at the site of the now former Christmas Weed to clean up. All remaining items will be donated to charity.

Magical installation extending its stay at Toledo Museum of Art

People flock outside for winter warm-up

Coronavirus crisis leaves some Toledo business owners in a pinch

Magical installation extending its stay at Toledo Museum of Art

People flock outside for winter warm-up