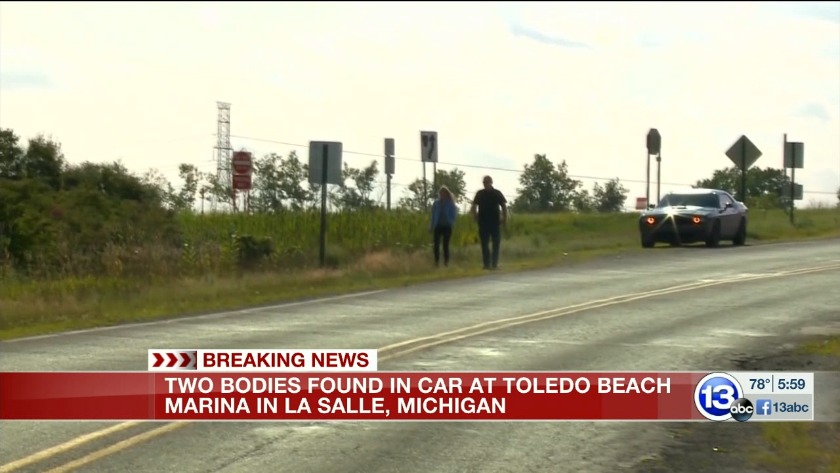 Jill Parrinello and Darrin Gabbard have been missing for nearly a week. (Monroe County Sheriff's Office)

A witness tells 13abc that law enforcement officials have pulled a vehicle matching the description of the white Malibu Parrinello and Gabbard were seen driving last week near Toledo Beach Marina.

Police told the witness there were two bodies inside.

Family has identified the two bodies as belonging to Jill Parrinello and Darrin Gabbard.

A frantic search is underway for a man and woman who went missing after going out on a date Friday night.

“I just want him home and safe or even if they’re not alive I just need answers,” said Raynay Gabbard, Darrin’s daughter.

“Jill loves her family and friends she doesn’t miss work. Her life is her kids she would never, ever do this,” said Donna Nowick, friend of Jill.

Friends say Parrinello is from Manchester in Washtenaw County - Gabbard from suburban Detroit .

The two first met up Friday at the Econolodge in Luna Pier off of I-75.

They were last seen leaving the Toledo Beach Marina in La Salle at 1:30 a.m.

They were first reported missing Sunday. Since then, dozens have joined the search, combing through fields and walking near the highway – the area where one of their cell phones sent out its final ping.

The Monroe County Sheriff’s office is asking anyone with information to contact them at 734-243-7070.

Gabbard was last seen in a gray shirt, black, white and gray shorts, white Sketchers and a blue hat

The license plate number on the white Chevy Malibu is DHP-3192.

Changes made after student denied birthday meal due to negative balance

Changes made after student denied birthday meal due to negative balance