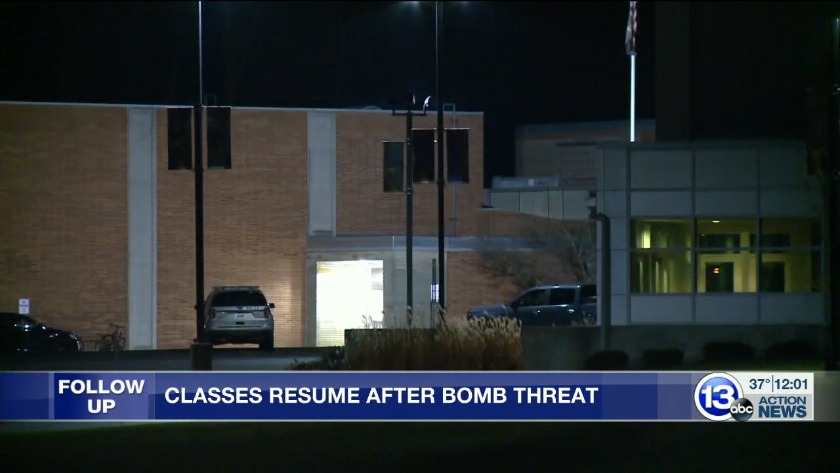 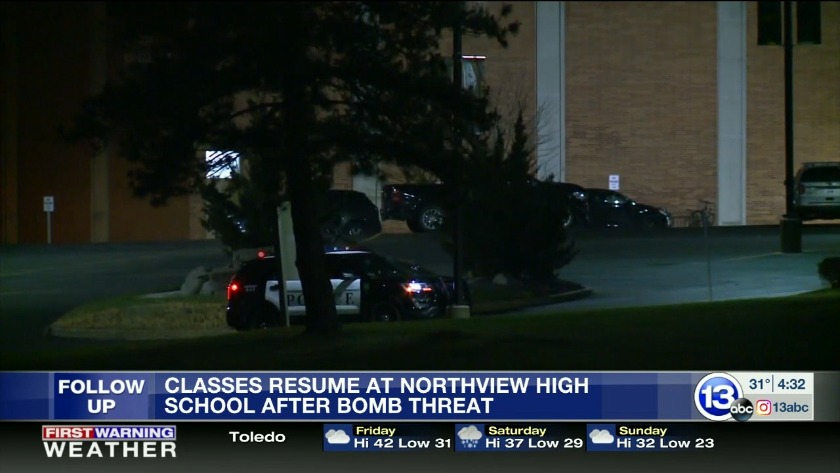 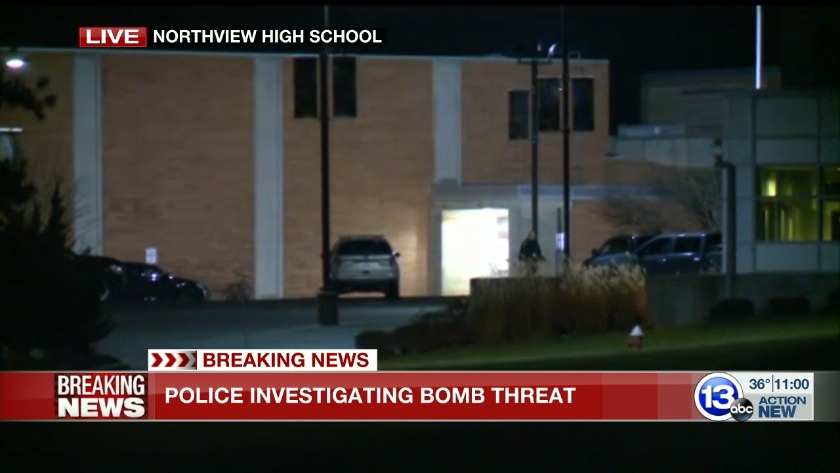 SYLVANIA, Ohio (WTVG) - UPDATE: Charges are pending for a Northview student who made a bomb threat to high school on Thursday night.

According to Sylvania City Police Chief Rick Schnoor, the department is working with the juvenile prosecutor to determine what the student will be charged with.

Police also swept Southview High School. According to Sylvania Schools, there was no credible threat found by police.

The department said there will be extra police presence at the school Friday morning.

One person shot by police in Sylvania Twp. robbery, ambulance crashes on way to hospital

One person shot by police in Sylvania Twp. robbery, ambulance crashes on way to hospital