The Bedford Gator has been captured 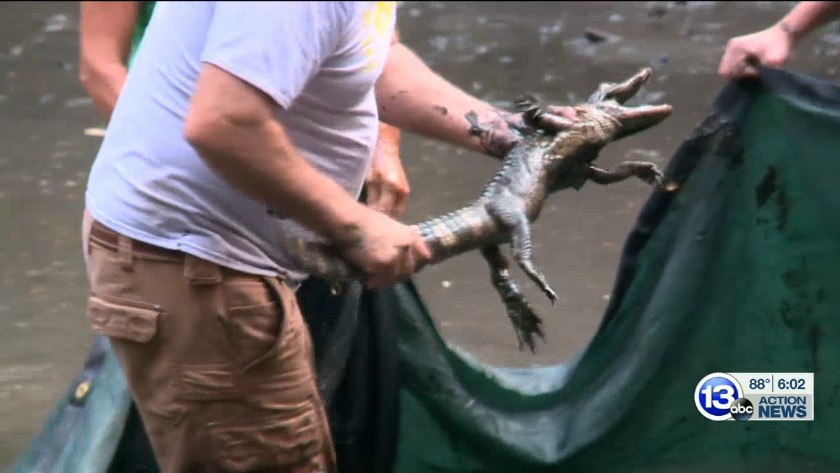 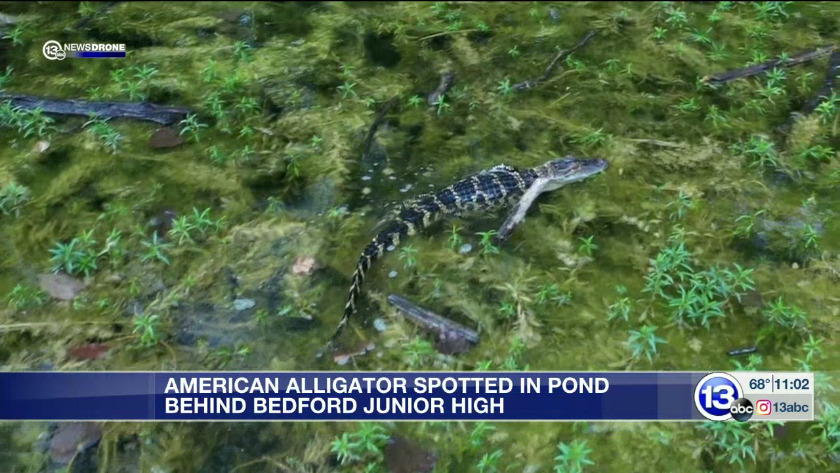 Gator found in pond near school 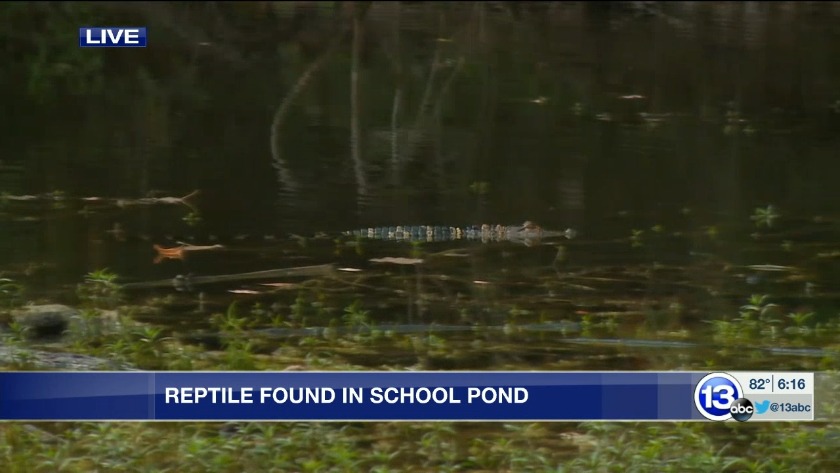 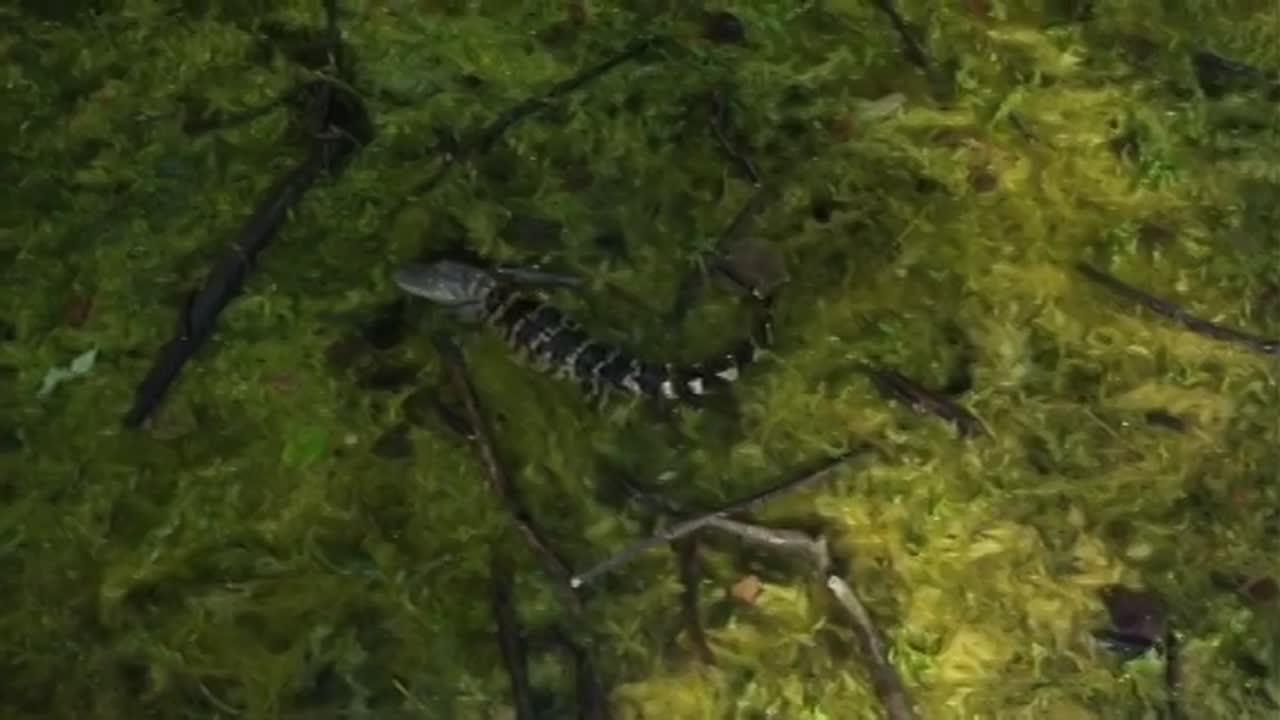 BEDFORD TWP., Mich. (WTVG) - After draining the pond behind the Junior High School, experts were able to wrangle the out-of-place reptile Friday afternoon.

An American alligator was spotted lurking in the waters of a pond behind Bedford Junior High School. (Source: WTVG)

Lurking in the pond behind Bedford Junior High, an ancient predator sits in wait.

An estimated three-foot long American alligator was spotted Thursday, and the school is now in the process of keeping students away, and local zoologists are working on getting the little creature out of the water.

The alligator was first spotted by a teacher in the pond behind the school which is sometimes used by biology students in both the Junior and Senior High Schools for academic study. Entrances to the pond are now blocked with cones, though experts say there isn't any immediate danger. The gator is believed to be a pet that escaped or was let loose since they're not native to Michigan.

Joe Garverick, owner of The Indian Creek Zoo, attempted to catch the alligator with his bare hands on Thursday but the animal was too quick.

Garverick says he's got a home at Indian Creek for the gator: "We'll take him over there. We've got 3 gators right now, we've got Gatorade, Powerade, and Koolaide. So we'll have to figure out a name for this one."

Initially the reptile was believed to be a caiman.

"Please be advised that we are asking that all students and community members avoid the pond that is located on the SHS/JHS campus. This pond, often referred to as the Biology Pond, is used by both our Junior/Senior High School Classes for academic study.

"Earlier today, a teacher reported to administration that there appeared to be an alligator type reptile swimming in the pond. Building administration, along with our school liaison officer have contacted the proper agencies and experts to assist with its removal. Local animal experts have identified our new visitor as a caiman that appears to be approximately three feet in length. Caimans while not indigenous to Michigan are often kept as pets throughout the nation. Caimans share many similar characteristics to alligators and crocodiles but are often smaller in size.

"We are asking that all students and families remain clear of this area until the caiman can be safely relocated to a proper home over the next couple of days. Please speak with your students to relay this message as soon as possible."

Garverick told 13abc Friday that he believes, based on pictures, that the gator is an American Alligator, though he won't know for sure until he captures it.

During attempts to capture it Friday morning, Garverick told 13abc that the main concern was safety, though the gator isn't large. "It's pretty small," he says. "They're not going to get near it right now. But as the temperature drops, it'll go dormant. If a kid gets brave and picks it up, it will snap."

And he says his team is pretty familiar with the pond involved: "We've come over here and gotten some big snapping turtles out of the way, and different things, usually it's hawks and owls and stuff. But this is our first gator."