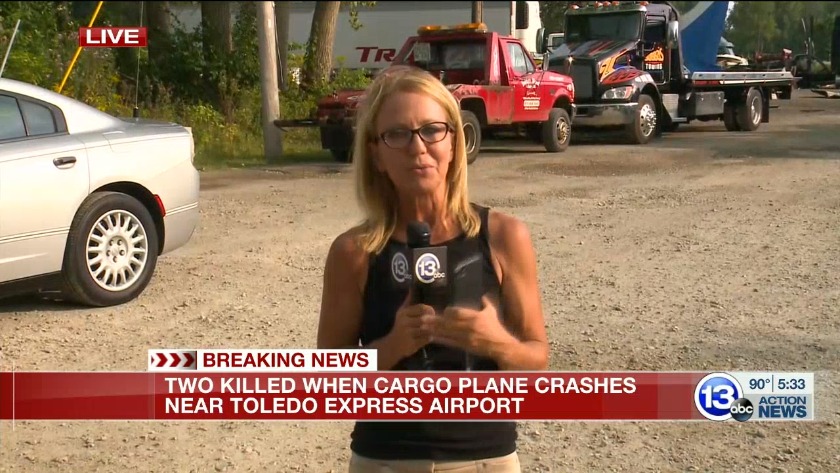 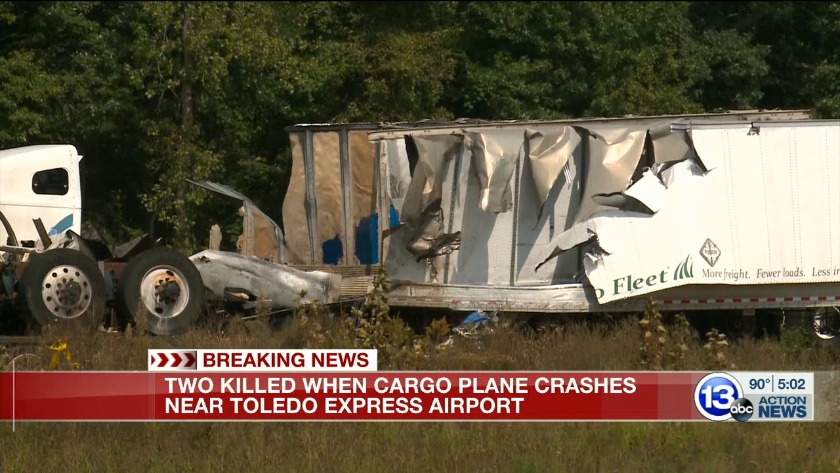 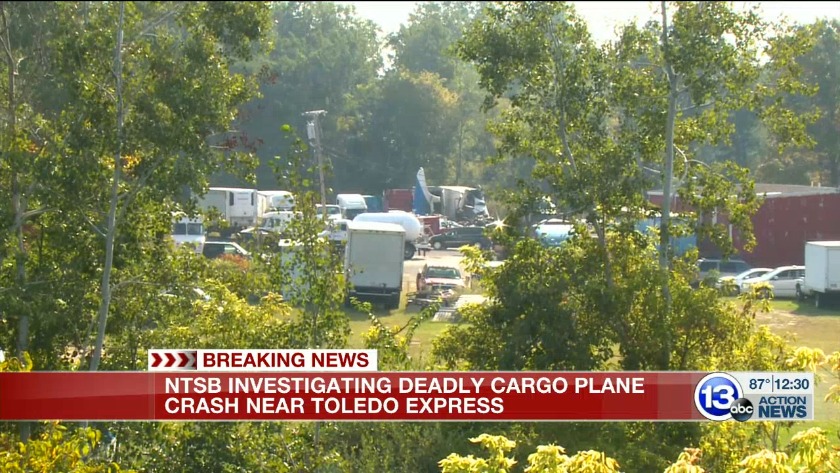 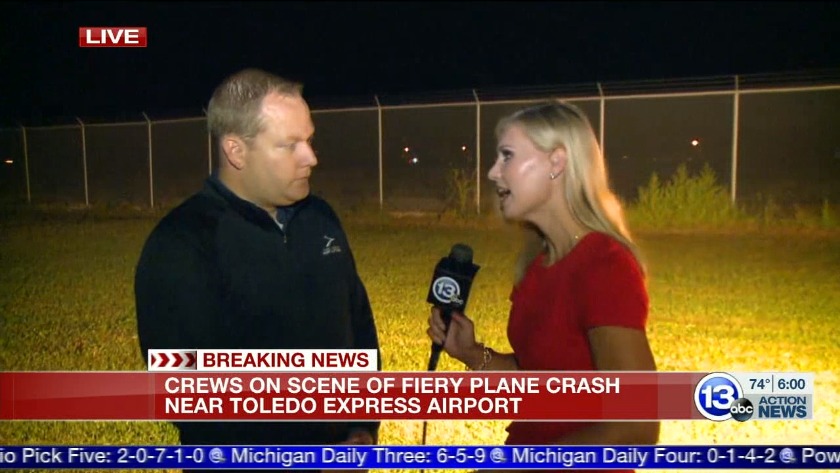 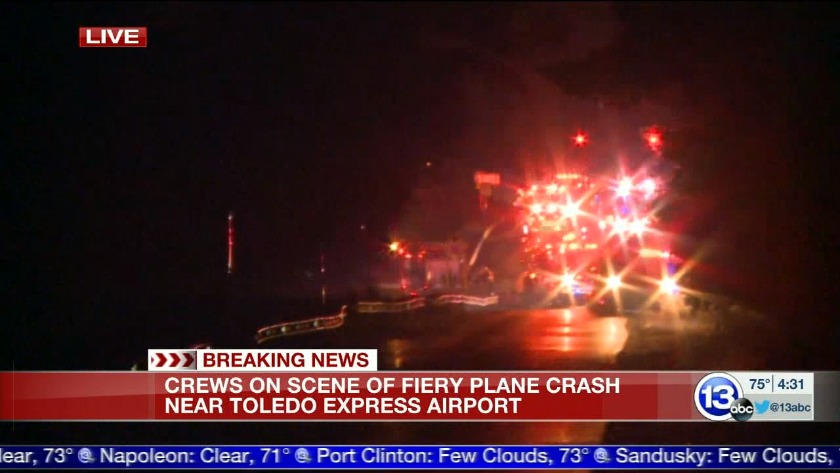 SWANTON, Ohio (WTVG) - Investigators from the NTSB have a difficult path in front of them when it comes to finding out the cause of the cargo plane crash just outside of the Toledo Express Airport early Wednesday morning, as the more than 60-year-old plane it did not have a 'black box' installed.

The Toledo Lucas County Port Authority has confirmed that two people were killed when a cargo plane crashed just outside of the Toledo Express Airport early Wednesday morning.

According to crews on the scene, the plane was a Convair cargo plane flying from Millington, Tennessee which crashed on top of at least two semis at Bubba's Auto and Deisel near the airport just after 2:30 a.m.

According to a release from the Ohio State Highway Patrol, "The plane, a Convair CV-440, was owned by Barker Aeromotive, Inc., and was loaded with automotive parts. Troopers worked with law enforcement officials in Texas notify next of kin."

Police on the scene say the plane was fully engulfed by flames when they arrived on the scene. Port Authority officials say that fire is now extinguished. Police and fire crews from multiple departments arrived on scene to assist.

A team from the National Transportation Safety Board is expected to arrive in Toledo around 4 p.m. Wednesday.

Airport police say there was no mayday call from the plane and the first call they got was for the crash itself.

Airport police say they did not get a mayday call before a cargo plane hauling auto parts crashed near the airport. https://t.co/J9uIos1bTZ

Representatives from the Federal Aviation Administration and the National Transportation Safety Board will be on hand later today to investigate the cause of that crash.

Stay with 13abc for updates throughout the day.