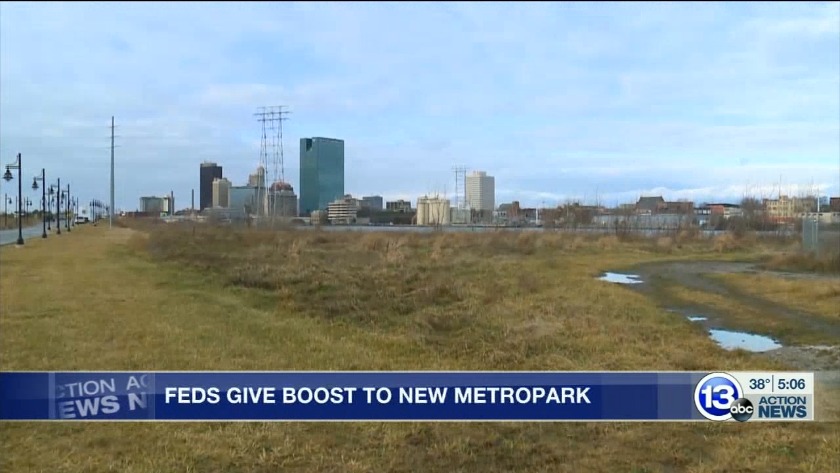 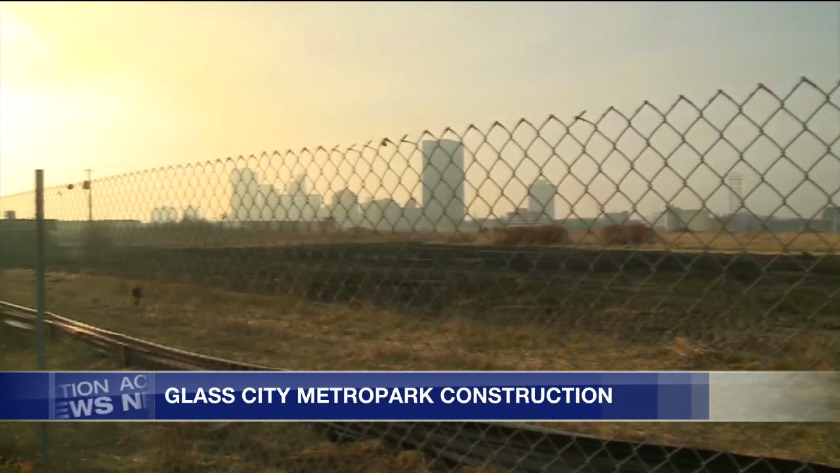 TOLEDO, Ohio (WTVG) - UPDATE: The National Park Service has agreed to contribute $750,000 to the Glass City Metropark, which will eventually encompass 70 acres along the Maumee River in the Marina District.

A brand new park in Toledo is coming in 2020. The "Glass City Metropark" is part of the revitalization happening in the Marina District.

Right now, the 70 acres of waterfront land is seemingly just fenced in piles of dirt.

"The development over there has been needed for a long, long time," said Toledoan Sean Powless.

By next fall, it will be transformed into the all new Glass City Metropark.

"Phase One" includes construction on 30 acres between the Maumee River and Front Street. The development comes with a price tag of $8 million in federal grants.

"It's exciting to learn that they're building a new one," said 14-year-old Jacob Meiers. He was enjoying the Middlegrounds Dog Park with his family Saturday afternoon.

"I've always been a fan of the metroparks at Toledo. I grew up in them," said Powless.

There's even going to be event space like a 3,500 square foot pavilion and a lawn big enough for 5,000 people.

"I know they've been talking about it for quite a few years now and it's nice to see something actually get done now," said Justin Berry. He lives near Pearson Metropark.

More than 2,000 trees and a boardwalk over the water with seating are just a few highlights.

"I think that's great, especially if it connects across the river. It will be so much fun and another area that we can go on adventures to in the summer time or days like that this," said Dawn Meiers. She loves the other Toledo Metroparks.

Also in 2020, there will be a new bike and pedestrian bridge over Main Street which will connect people to International Park. All of this right by the brand new Marina Lofts apartments.

"[I am a] lifelong Toledoan, and a lot of the other parts of Toledo have seen a lot of growth in the economy and that and the east side has been left out. I got a lot of friends that are east-siders and it's good that they're building over there," said Powless.

Right now, Metroparks leaders are in the planning stage of "Phase Two." That means they're trying to decide what to do with the other 40 acres of land and obtain more funding for the project.

Toledo Express hit hard by pandemic, optimistic about the future

Toledo Express hit hard by pandemic, optimistic about the future