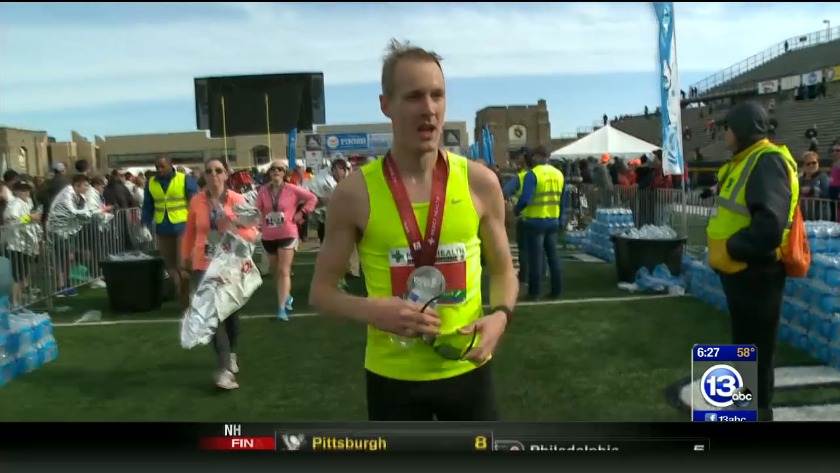 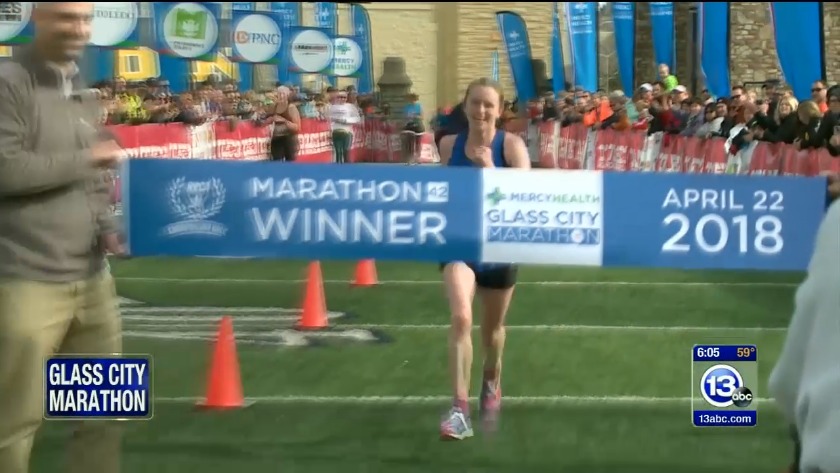 TOLEDO (WTVG) - Aaron Cooper has wins in other small marathons in Canada, but he says this is his first "big" marathon victory.

Cooper - who hails from outside Sarnia, Ontario - cut the tape at the 50-yard line of the Glass Bowl in 2 hours 20 minutes 58 seconds.

Maura Lemon is this year's fastest female finisher in the marathon with a time of 2:45:37. This was Lemon's first marathon and her family is no stranger to distance running as her husband Matt finished third in the marathon. Her brother-in-law Chris - Matt's twin brother - finished sixth in the half marathon.

In addition to the price money they each won for being the overall male and female winners, Cooper and Lemon also collected bonus money for setting new course records.