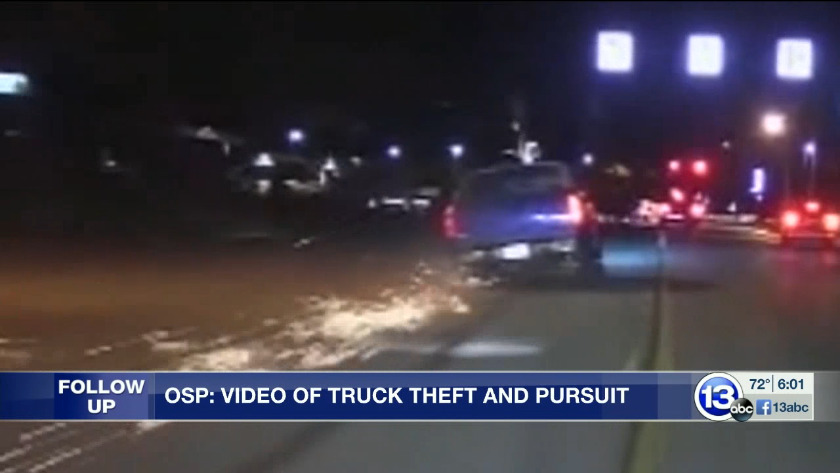 FINDLAY, Ohio (WTVG) - A man accused of stealing a car in Findlay with an infant in the backseat changed his plea Monday and was found guilty of the October crimes that ended in Toledo.

According to police, Joshua Gilliland stole a vehicle in front of a home on Monroe Ave. in Findlay while an infant remained in the backseat of the car.

The theft started a chase along I-75. State troopers used to stop sticks to slow his progress, but Gilliland kept driving, even ramming two patrol cruisers while they attempted to stop him.

The chase ended in a parking lot at Byrne and Hill in Toledo, where Gilliland attempted to run on foot. A police K-9 officer took down the suspect.

Gilliland originally entered a plea of not guilty, but he changed his plea to no contest and was found guilty of failure to comply, felony assault, and abduction.

Gilliland will be sentenced on Dec. 23.