Cause of MetalX fire unknown, Ohio EPA says no chemicals detected in smoke 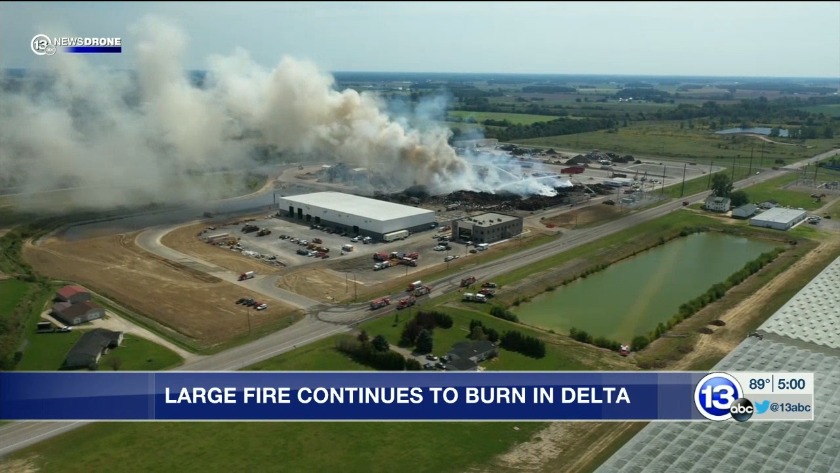 MetalX fire close to being put out 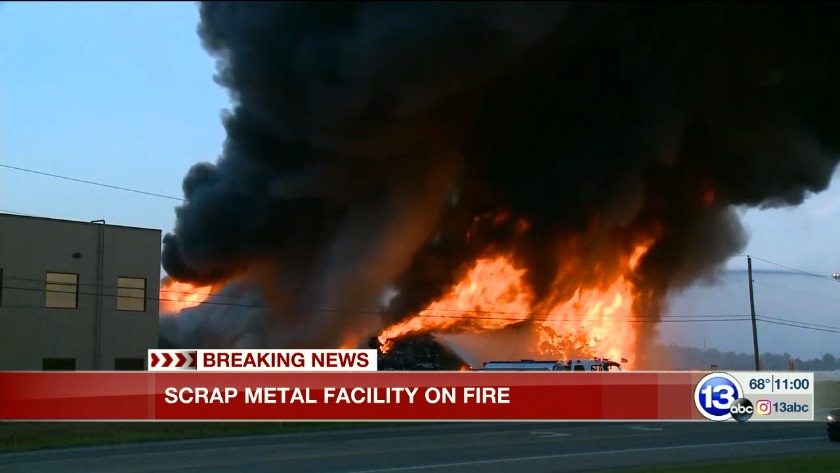 DELTA, Ohio (WTVG) - A scrap metal fire was finally being put out Tuesday night at the MetalX plant on State Route 109 in Delta. That fire began just after 6 p.m. Monday.

According to Chief Rick Sluder of the Wauseon Fire and Rescue squad, the fire was burning a pile of tons of metal and debris, some of it made up of crushed cars. MetalX's General Manager clarified that the pile also contains recycled appliances and furniture and is made up of about 80% steel and other combustibles.

Smoke could be seen as far as Blissfield, Michigan, and on Tuesday, as the winds shifted, that smoke was being blown far into the southern parts of the state. Several communities have issued notices about the smell of smoke, including Ypsilanti and Milan.

The Ohio EPA was at the incident site Tuesday afternoon, saying that based on readings from their hand-held monitoring devices, no chemicals have been detected in the smoke from the fire. The agency added that Delta's public water system is not affected by the firefighting water runoff.

Early on during the fire fighting efforts, there were some concerns regarding the amount of water required to put out such a large and long-burning fire. During a press conference on Tuesday afternoon, however, Delta's mayor said that the water supply was never in any danger.

According to the City Administrator, the village water system was the primary supply for the effort and that it was taxed after about two hours. Tankers from surrounding cities and towns were brought in to provide additional resources. Firefighters are also pulling water from a nearby reservoir.

According to Delta Fire Chief Scott Smith, 146 firefighters responded to the initial blaze. About half of that, roughly 75 firefighters from 15 to 20 departments remained on the scene Tuesday afternoon. Chief Smith says that when they arrived, crews found heavy fire throughout the pile and they were forced to fight it through the night. Chief Smith says the fire is now close to being under control.

One firefighter suffered an ankle injury while on the scene, but none experienced heat exhaustion or other fire-related injuries. Chief Smith says that firefighters will be monitored closely for heat exhaustion Tuesday, as temperatures are expected to reach the 90s. Personnel on scene will work to stay hydrated, and crews will be rotated regularly.

Toledo Fire and Rescue also sent a mutual aid crew of eleven firefighters to the scene.

A Fulton County spokesman said the cause of the fire remains unknown.

An investigation into the cause of the fire cannot begin until the fire is out, but officials say they do not suspect foul play.