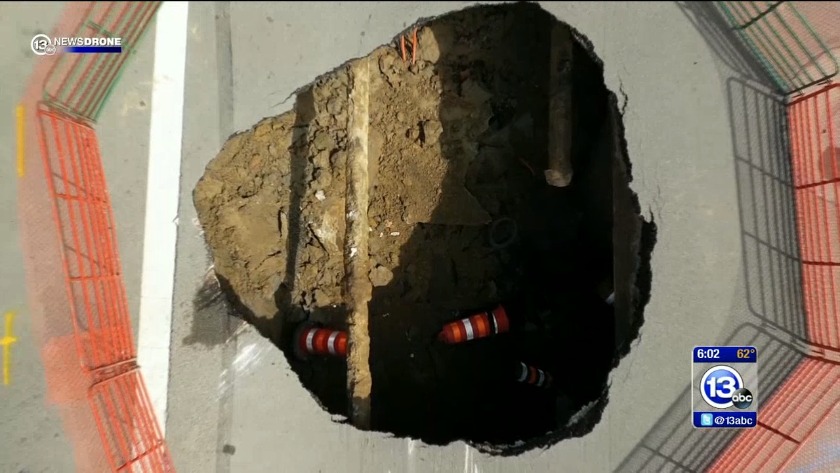 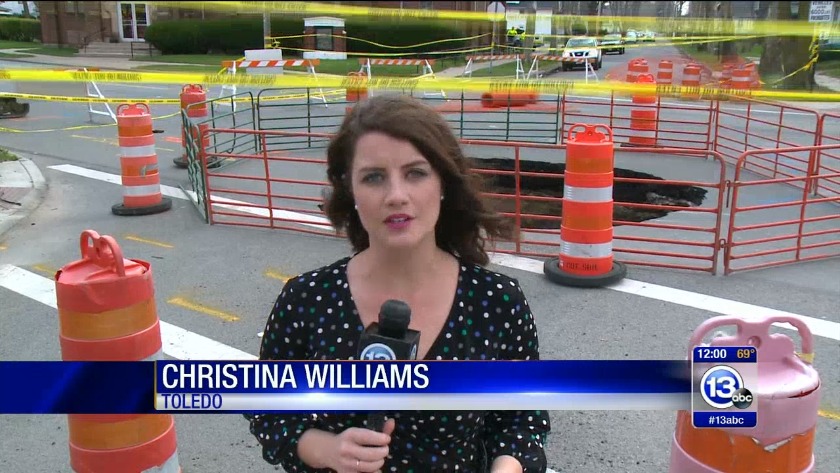 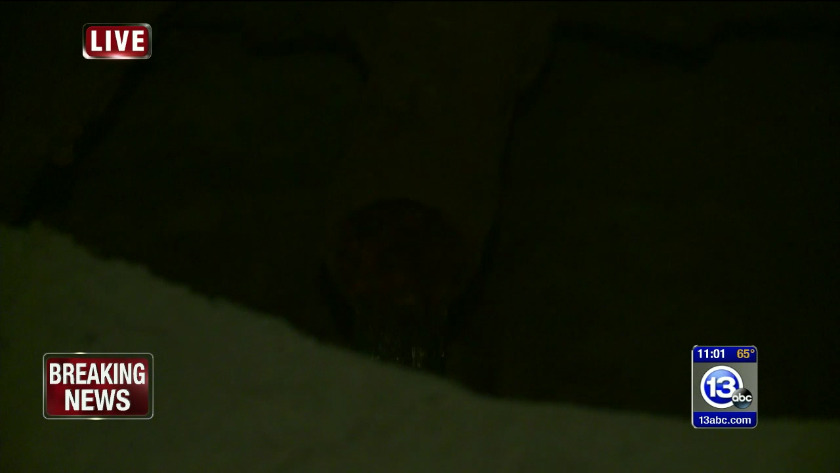 TOLEDO, Ohio (WTVG) - Detroit Avenue is back open near the Fernwood intersection following work to repair a massive sinkhole that opened up back in April. Those repairs were completed ahead of schedule, according to the mayor's office.

The hole had previously shutdown traffic along Detroit for two blocks north of Dorr St.

The Battalion Chief who responded to the scene said water pressure in the area was reportedly low for several days and he suspected the main line broke and was washing away the dirt and sand underneath the road which finally gave way.

Crews continue performing repairs to the road following work on the water system. A boil water advisory was in effect for the area until last Friday as a result of that work.

Two cars were slightly damaged as they ran over the initial hole but no injuries were reported. While the city works on repairing the street, they have set up a detour around that section of Detroit. That detour will take drivers from Dorr Street to Collingwood Blvd to Monroe Street to Bancroft Street.

This sinkhole is about 8 blocks south of another huge sinkhole that formed on Detroit in 2013 and swallowed a car with the driver inside.

13abc reached out to the city for comment and received the following statement:

We will not know the exact cause of the collapse until our contractor has had a chance to clear the area and expose the sewer mains.

There was a breech in one of the sewer lines and water started washing away stone from around a new sewer manhole shaft into the 36 inch sewer line. Enough stone to plug the main and the downstream manhole was dislodged.

City crews have cleared the manhole of stone and are working on cleaning the main from Fernwood to Dorr Street.

Two people injured in one vehicle crash on I-280

Resident escapes through window as car crashes into Toledo apartment

Two people injured in one vehicle crash on I-280

Resident escapes through window as car crashes into Toledo apartment