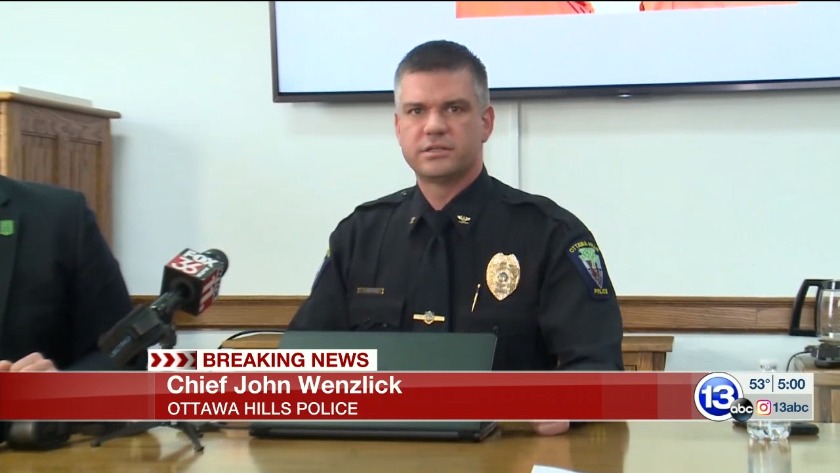 Stevens' total bond was set at $1.4 million. His next hearing was set for February 19.

According to Ottawa Hills Police, allegations against Stevens were made on December 10. Authorities said there were multiple victims.

Ottawa Hills Police and the Ohio BCI Crime Scene Unit were seen at a home on the 3900 block of Bancroft Street collecting evidence.

Stevens was an employee of Ottawa Hills Local Schools who oversaw the janitorial and custodial staff. According to school officials, he was temporarily off the job.

School administrators confirmed that Stevens is not a coach in the district. However, he has coached recreational and private travel teams.

According to the Toledo-based sports program Demand Command, which is not affiliated with Ottawa Hills Local Schools, the employee was also a baseball coach with its youth program.

Demand Command sent a letter to parents, saying in part:

"Upon learning of the allegations and the apparent credibility of the allegations, we immediately severed ties. ... We are sickened by what we have been made aware of so far and are heartbroken for the victims that have come forward."

During a news conference in December, Ottawa Hills Chief of Police John Wenzlick said, "According to the allegations, he engaged in sexual conduct with a teenage victim."

Dr. Adam Fineske, Ottawa Hills Local Schools Superintendent added that safety is always a top priority for students, assuring parents, "When the school district found out that one of our employees was reported for this, we immediately took the move to put him on administrative leave and prohibited from being on school grounds or attending school events."