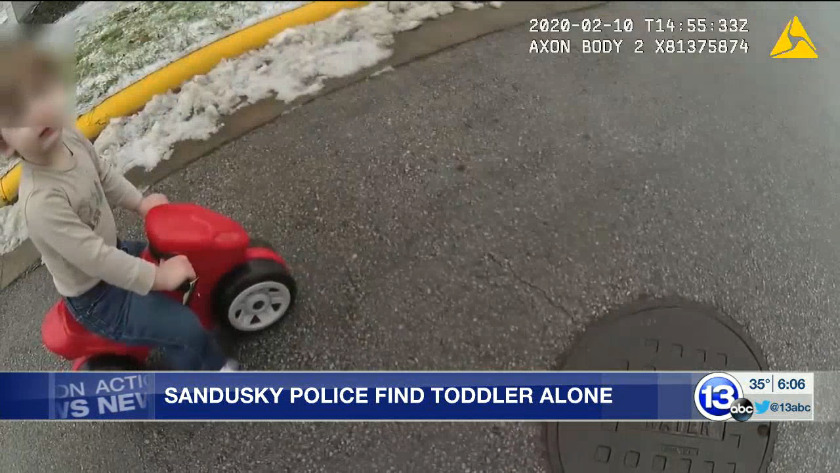 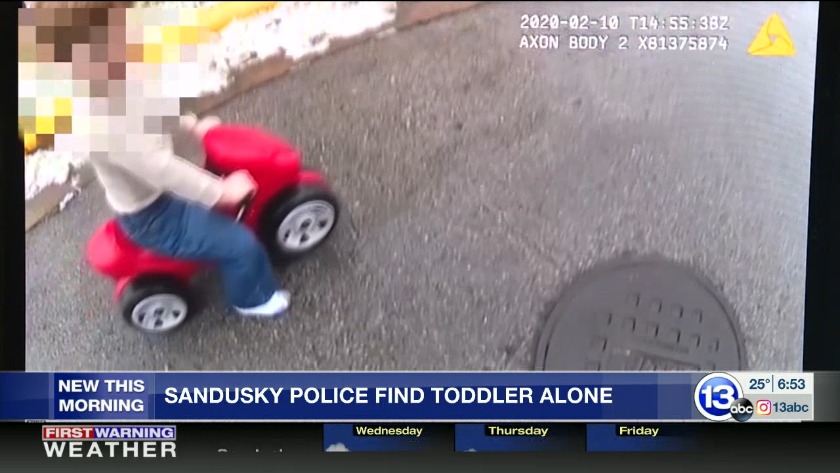 SANDUSKY, Ohio (WTVG) - Sandusky Police rescued a 2-year-old Monday who was found wandering residential streets alone on a red plastic scooter, and the owner of the daycare where the child left is being charged in the incident.

A citizen called police to report the child on Polk St. and Prospect St. When police arrived, they found the citizen alerting traffic on Polk St. to the child's presence to avoid him being hit.

The child was not wearing shoes or a jacket, and his socks and legs of his pants were wet. According to a police report, the child appeared to be shivering from the cold.

"I really couldn't believe it," Sandusky Police Officer David West said. "At that time of the day, barely dressed in that weather, on that scooter in the middle of the street."

After the child was taken into a police cruiser, Children Services was contacted. Officers began going door-to-door, checking the area where the child might have come from, and they learned he came from an in-home daycare on Prospect St., owned by Jillian Jaunzemis.

Jaunzemis told police she thought the child was sleeping downstairs with six other children while she was upstairs. Police believe the child exited out the front door as there were no childproof items on the door knob.

The child's parents were contacted, and they took the child from the scene.

Jaunzemis was arrested and released. She is being charged with misdemeanor endangering children. She pleaded not guilty to the charge.

"She is supposedto be providing protection and care there," Sandusky Police Sgt. Chris Denny said. "It's supposed to be up to her to provide protection for him."

One person shot Sunday afternoon in home on Merle Street