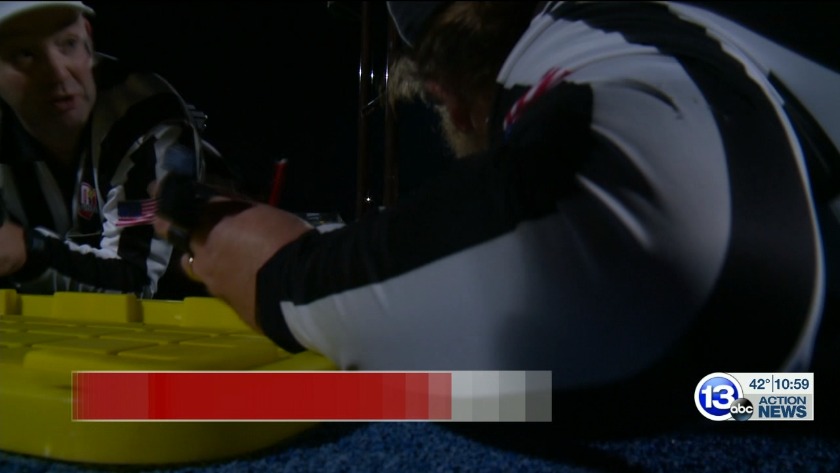 TOLEDO, Ohio (WTVG) - Gunshots at the Woodward/Rogers football game Friday night in Toledo prompted Toledo Police to move spectators into the school while they searched for suspects.

At the end of the incident, two people were detained in connection with the shooting and no injuries were reported.

TPD: “Security at the game notified TPD dispatch that they believed the they heard gunshots near the game around 9:04. Numerous TPD units responded to assist and, to my understanding, an evacuation was conducted as a precaution. No suspects or confirmed shots fired at this time.”

A 13abc reporter was at the game when the shooting took place around 9:04 p.m. Numerous squad cars converged at the school, and the field was evacuated as a precaution.

UPDATE on shooting at Woodward HS Football game: Fans at Woodward tell 13abc they are being told to remain sheltered inside the school as there are reports of additional gunfire.

The crowd was allowed to leave around 9:40 p.m. The game was suspended shortly after.

Rogers and Woodward suspended early the fourth quarter tied at 6-6 after gunfire out on the street, does not appear anybody was hit in the stadium

The incident remains under investigation. Toledo Police are asking for anyone with information on the shooting to call 419-255-1111 with tips.

Update: #toledopolice have found evidence of shots fired on school grounds. No injuries. Two have been detained by TPD. Investigation continues. ☎️ 419-255-1111 w/ tips. No additional updates at this time. pic.twitter.com/nCEfwCG1ph

Package thieves can be thwarted with some safety measures

Package thieves can be thwarted with some safety measures