Supporters camp outside Huntington Center ahead of President Trump's rally 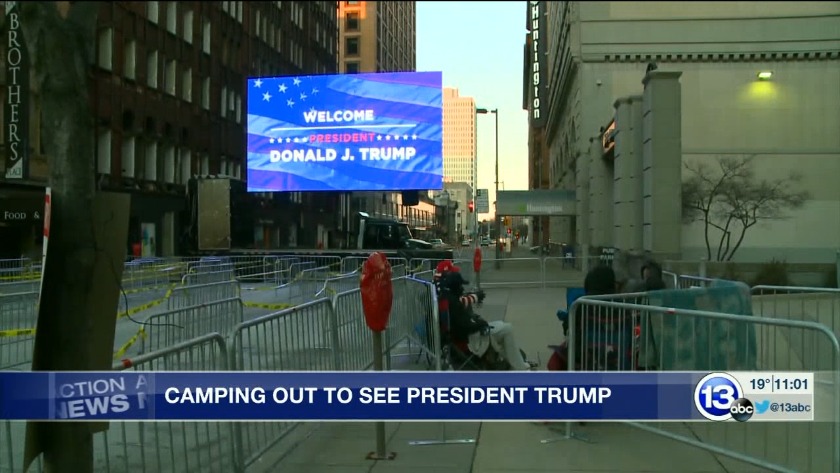 Camping out to see President Trump 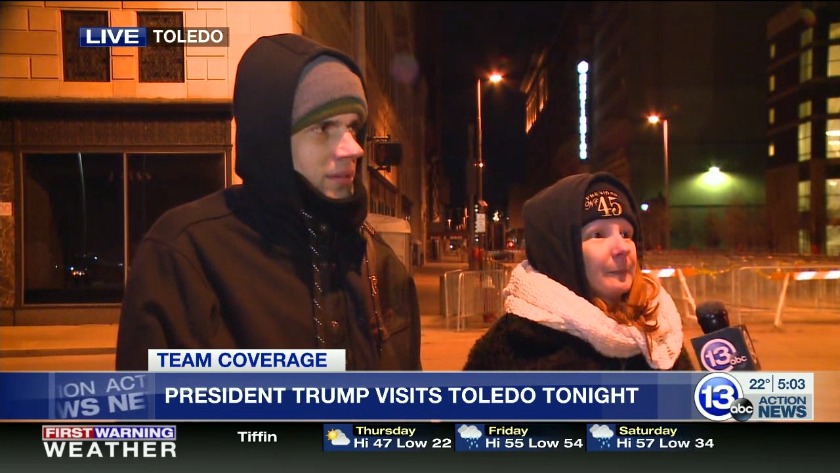 TOLEDO, Ohio (WTVG) - One day before President Trump's rally in Toledo those who support him the most are camping out, waiting to hear him speak.

"I decided if I'm going to come down here I've got to get a good spot," Carlo Maiale said.

Maiale jumped in line early Wednesday outside the Huntington Center, securing his spot for the president's Thursday night speech. Maiale made the trek from Clinton Township, Michigan, and says he's excited to attend his first presidential rally.

"The thought of him being up close, seeing him speak — just telling it like it is — is just the best part," Maiale said. "That's what makes it worth it."

While it's a first-time experience for some, others are keeping close count of their times seeing President Trump.

"Tomorrow is my 32nd rally in 15 states," Saundra Kicsenski said.

Kicsenski says she made a commitment last year to attend 50 rallies in 25 states.

"It might be doable," Kicsenski said. "We'll see what happens. Check back with me November 3rd."

Kicsenski says traveling around and camping out are all worth it to see POTUS in person.

"I like to be up to the front where you're like three or four feet away from the president," Kicsenski said.

Supporters aren't the only ones eagerly awaiting the Commander in Chief's arrival.

"We got plenty of beer for our customers," Downtown Johnny's manager Trinidad Wyatt said. "Our kitchen staff's definitely ready to handle it."

Restaurants and bars like Downtown Johnny's are also gearing up. The downtown Toledo bar is even bringing in deputies to keep things safe.

"We plan for it to be a pretty busy night," Wyatt said. "We know that it's going to be a little hectic."

Whether you plan to be inside or out, people in Toledo say they're ready for the president's stop in the Glass City.

President Trump's rally gets underway at 7 p.m. Thursday and doors open at 3 p.m. The Huntington Center is also setting up a big screen near Huron Street for those who can't get inside.

13abc will also live-stream it all on our website, free news app and on our social media channels.