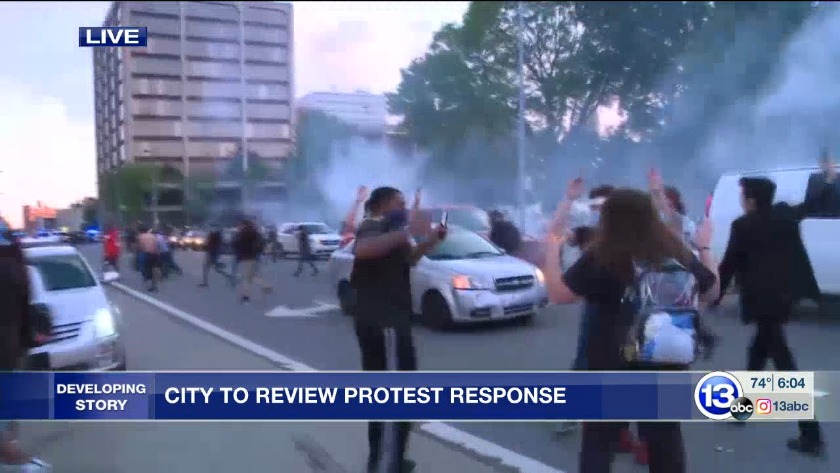 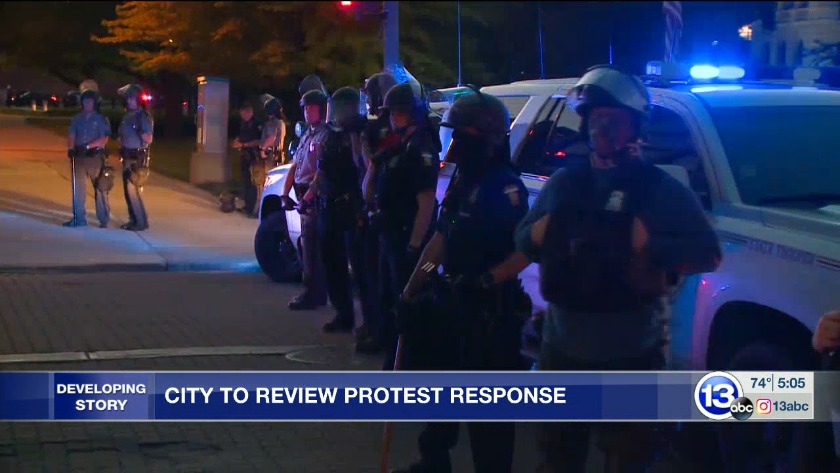 TOLEDO (WTVG) - The City of Toledo is making some changes to their policies following violent clashes between police and protesters over the weekend. During a press conference, Mayor Wade Kapszukiewicz said that he generally believes Toledo did well over the weekend but says it was not a perfect night in the city.

Twenty two people were arrested during clashes between crowds and police following what began as a peaceful protest. Officers with the Toledo Police Department used tear gas and rubber bullets to disperse crowds.

According to Toledo Police Chief George Kral, officers did not begin deploying those means until after protesters lobbed water bottles, rocks, and M80s at them. The mayor, meanwhile, says that he is aware that people in attendance had concerns over the way police responded and that there are obviously opinions over the order of events which differ on both sides.

To allow for city officials to reconstruct a view of what happened, the mayor is asking citizens to submit their own concerns and observations of the events that occurred downtown on Saturday. They can do so by e-mailing tpdconcerns@toledo.oh.gov or by using the Engage Toledo app.

The mayor also announced new initiatives aimed at increasing transparency and accountability between police and citizens. Taking a page from the Toledo City Council, who have live streamed their meetings since the beginning of the coronavirus pandemic and who have made recordings of those meetings available online, the Toledo Police Academy will be utilizing live streaming technology to create public classrooms where citizens can watch police training. The move will allow members of the public to see the instruction officers go through in areas like de-escalation and implicit bias.

This move is in addition to plans to bring community leaders, including religious leaders, community members, and activists, into the Academy classrooms to observe. These changes will take place beginning with the new academy class in October.

Additionally, the mayor announced that they would be taking steps over the next 30 to 60 days to move the Toledo Police Internal Affairs Unit out of the Safety Building (headquarters for TPD) and place it into a neutral site.

The city will also make the results of a community survey available online, as well as the entire Toledo Police Department Manual. The mayor asked that citizens pay special attention to Page 39 of that manual, which deals with guidelines by which an officer escalates the use of force.

Finally, the mayor announced that he is seeking new candidates for the city's Public Police Review Board, whose 12 current members are set to finish their terms in the near future. Members of the community are encouraged to reach out if they are interested in serving on that board.