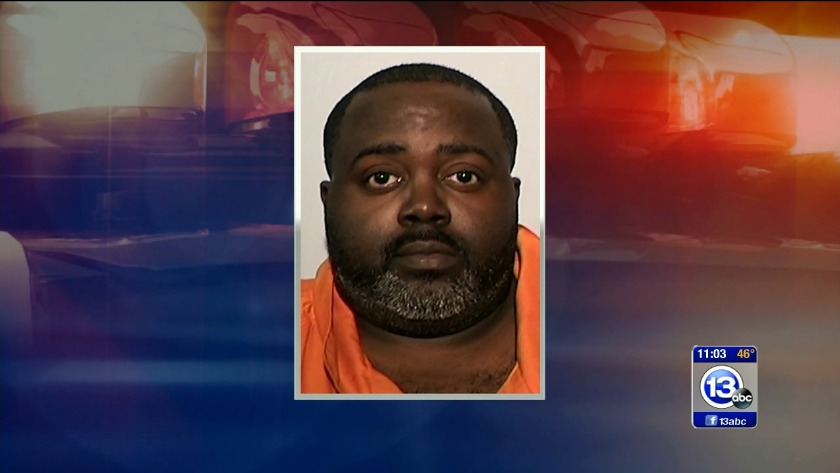 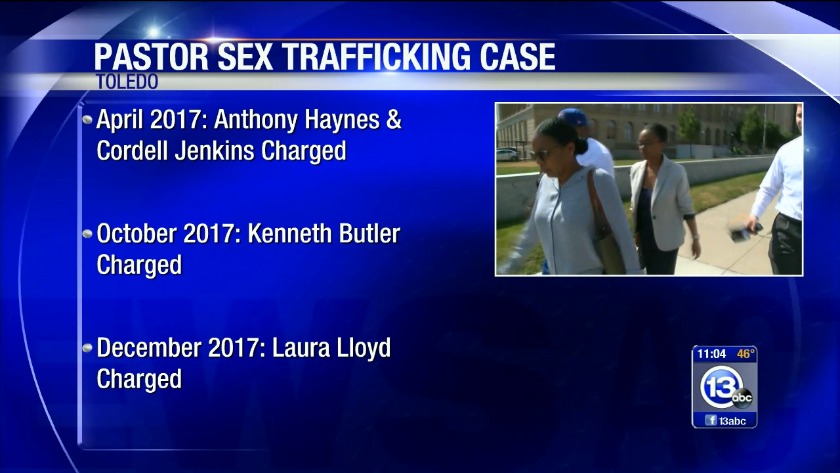 Haynes heard the verdict in a Toledo courtroom, after taking the stand in his own defense earlier in the day.

Over the course of the three day trial, jurors have heard from witnesses ranging from school counselors, friends of Haynes, another pastor accused in the same case (Kenneth Butler took a plea deal and was required to testify as a result), and the alleged victim herself. On Wednesday, it was his turn to answer those accusations.

Haynes took the stand at 9:15 Wednesday morning and spent more than two hours denying claims that he sexually assaulted an underage girl. In an emotional, tearful testimony, Hayes said he was not a pervert and that he was just trying to get back to his family.

Haynes went on to say that the victim became jealous and threatened to tell people he molested her if she didn't get what she wanted. He denied having sex with her and went on to call Pastor Kenneth Butler, who testified against him on Tuesday, a sneak, freak, and a pervert.

Haynes also claimed that the victim planned to get money from Pastor Cordell Jenkins by getting close to his wife Laura and told the court that he closed his church because of secrets he was keeping about the victim, Cordell Jenkins and Kenneth Butler.

When the prosecution cross examined Haynes, he claimed the lied to the FBI because he was covering up for everyone else. He says he took the fall for everyone.

Closing arguments in the case are planned for Wednesday afternoon after which the jury will enter deliberations.

Haynes testimony followed an emotional day of testimony in U.S. District Court Tuesday as the trial moved into its second day and the victim at the center of the government's case took the stand.

Before the teenage victim, whose name has been withheld, testified before the 14 person jury on Tuesday, two other witnesses took the stand, offering statements in support of those given during the first day of testimony.

The first witness, Ryan Rogers, had been friends with Haynes at the time of the alleged assault. Rogers said he and his wife had been introduced to the victim by Haynes and had become mentors to the teen, buying her a cell phone that later became integral to the case. Rogers testified that the victim's guardian had taken the phone away from her after she stayed out all night and called Rogers to let him know. When he told the guardian to look at the phone, she discovered evidence that the teen had been having sex with another pastor, Cordell Jenkins.

The FBI eventually requested that Rogers call Haynes on the phone while they listened in to a conversation where they say he admitted to "messing with" the victim in the past.

Kenneth Butler, a third pastor accused in the case, was next to take the stand, testifying as part of a plea agreement with the government. Butler said he took the deal because the FBI had evidence against him. Butler testified that Haynes introduced him to the victim and knew that she was underage. Butler has not yet been sentenced in the case.

Hayes seemed to react poorly to Butler's testimony, rocking back and forth in his chair, frowning, and shaking his head while he spoke.

Finally, it was the teenage victim's turn to speak, testifying that her mother, who had given birth to her at the age of 16, was good friends with Haynes and attended his church. When her mother could no longer care for her or her siblings, Haynes took her in, telling her "he would protect her and not let anything happen to her."

The victim testified that Haynes engaged in sexual acts with her and his stepdaughter and would allegedly tell her "you have to play the game." She said she was afraid to tell anyone because of Haynes' position as a pastor and her fear that no one would believe her. She testified Haynes would record the sexual acts and prosecutors showed graphic cell phone photos of Haynes having sex with the teen. They also showed jurors sexually explicit text messages he allegedly sent to her.

The teen went on to testify that Haynes introduced her to Pastor Cordell Jenkins who was the pastor at the church the teen eventually attended when she left Haynes' home to live with a new guardian. She continued by saying that she was on the dance team and that Jenkins would call all the girls in his office and allegedly force her to perform oral sex.

The prosecution showed images and video of Jenkins arriving at and leaving a local hotel with two underage girls. The victim testified that it was her and her girlfriend in Jenkins' car.

Throughout the day's testimony there was one ongoing concern in the courtroom. For the second day in a row a juror had trouble staying awake. He fell asleep again on Tuesday and could be heard snoring while the other jurors attempted to rouse him. The judge stated that this was a concern and that he would address it.

Tuesday's testimony largely served to support earlier statements given by witnesses in the first day of the trial.

On Monday, the trial began with jury selection just after 9 a.m. Lawyers for the government and the defense now present their cases to the 14 person all-white jury made up equally of men and women.

In their opening statements, the government laid out Haynes' alleged crimes in graphic detail, centering on a victim they say looked up to Haynes. According to the government, the victim was being neglected and Haynes took her in, but soon began having sex with both her and his step-daughter, Alexis Fortune. The government says he did this for years, providing hush money, and introducing her to Kenneth Butler. The two men would go on to sexually abuse the victim together.

Eventually, says the prosecution, the victim moved in with another caregiver, a woman who was a member of Abundant Life Ministries, where Cordell Jenkins was a pastor. The government says Haynes encouraged her to have sex with Jenkins.

According to Calli Haas, a counselor at Penta Career Center where the victim was a student, and the first witness in the case, she learned of the abuse when she discovered the victim upset after receiving a call from Fortune. Fortune was warning the victim to deny things she had said at a local pizza place. The victim's caregiver had discovered graphic text messages and took the victim to Vito's Pizza to confront Cordell Jenkins' then-wife, Laura Lloyd Jenkins (now Laura Lloyd). Lloyd is also accused in a separate case.

The counselor reported the information to the school resource officer.

Haynes’ attorney told jurors that the allegations are shocking, but there’s not enough evidence to prove the trafficking and conspiracy charges he faces.

The trial is expected to last two or three days as lawyers on both sides present their case and speak to witnesses.

Alexis Fortune, along with Haynes' wife, Alisa Haynes, has been arrested and charged with witness tampering in this case. Alisa Haynes also appeared in court Monday to request that she be released on house arrest. Her request was denied.