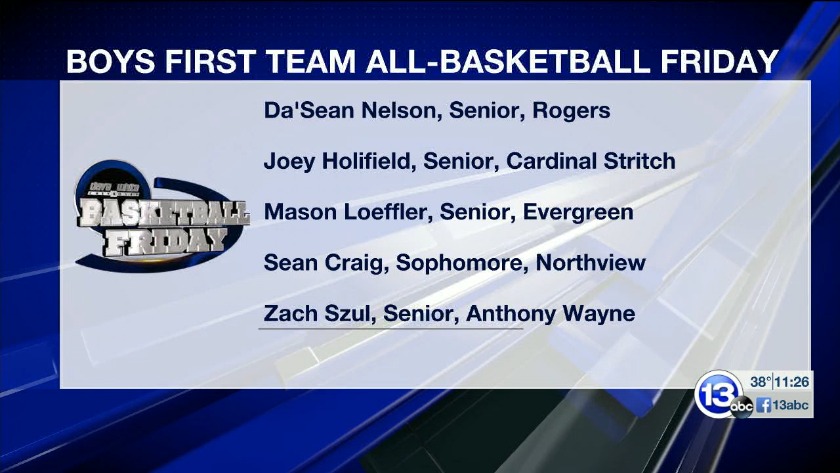 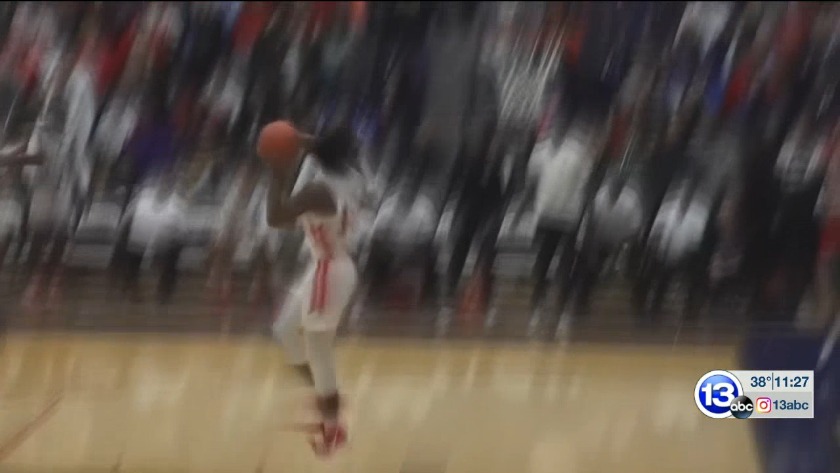 The Liberty-Benton Eagles went 20-4 this season, losing to Ottawa-Glandorf in the district tournament. Elseser averaged 20.5 points, 9.4 rebounds, 1.1. assists per game. L-B head coach Nate Irwin said, "Caitlin has been a big part of our basketball program for four years as a starter. She has improved every season and her senior season was her best. Caitlin lead our team in scoring and rebounding while providing a great defensive presence in the post." Caitlin will be continuing her career at the University of Cincinnati next season.

She led Notre Dame Academy to the state tournament while averaging 15.9 points, 7.9 rebounds, and 2.8 assists per game. She was named TRAC Player of the Year, District Player of the Year, and Division I First Team All-Ohio. Coach Travis Galloway said, "Grace makes everyone around her better with her work ethic and ability." She was invited to try out for the U-16 USA teams the past two years and has received college offers from more than 40 colleges including those in the Big Ten and ACC.

Baumhower averaged 19.4 points, 5.0 assists, 6.3 rebounds, and 4.0 steals per game. She scored a single-season school record 505 points. Northview finished 15-11 overall and took Notre Dame down to the wire in the district finals, falling 37-35. Baumhower was named 1st Team All-State, 1st Team Northwest Region, 1st Team All-District, and the Northern Lakes League Player of Year. She has college recruiting interest from Hillsdale, Walsh, Ohio Dominican, Northwood, IPFW, and Western Michigan. Coach Pat Sayre said, "Kacee is an incredible leader for our program. Kacee leads through her voice, her commitment to improvement and with her competitiveness. This season she showed night in and night out how talented and valuable she was against teams focused on stopping her, helping our young group compete against the area’s top teams. Her growth as a person and player the past few seasons has been impressive and we are fortunate to have her represent our program."

The Eagles reached the regionals semifinals for the second time in school history and Royal-Davis played a big role in that. Their team record was 21-4. They went 8-0 in league play while she averaged 28.0 points per game. She scored a single-season school record 700 points this season. She also grabbed 9.0 rebounds and had 6.0 steals per game. She was named the Division IV State Player of the Year by the media. She was also the TAAC Player of the Year and the Co-Player of the Year in the District. Coach Tim Wensink said, "Madison has great court awareness. Her ability to score, rebound and create easy transition points is amazing. She is a very special talent. She is a big part of our success this year." Royal-Davis has college scholarship offers from a variety of Division I schools, including those in the Mid-American Conference.

Mikonowicz led Rossford to a 17-9 record and to the program's first trip to the regionals where they came up short against Napoleon in the semifinals. Coach Toby Ledesma said, "Samme was the leader of our program and one of the best role models in our community." She averaged 24.2 points, 11.6 rebounds, and 2.5 assists per game. She scored 1,480 points in her high school career. She was named the Division II State Player of the Year by media and has seen some college recruiting interest from Toledo and Miami (OH).

The Rogers Rams are in the Division II regional semifinals and Nelson played a huge role in getting them there. Coach Rodney Martin said,
"His basketball IQ and his athletic ability make my job easy. He changes the game with his defensive presence." Nelson averages 12.5 points, 7.5 assists, and 1.0 assists per game while playing on one of the most talented and balanced teams in the state of Ohio. He was named City League Player of the Year and First Team All-District.

Holifield has been a big part of Stritch's resurgance. This season they went 18-7, losing to Evergreen in district semifinals. Last season the Cardinals reached the Division III state semifinals. This season he scored 559 points, an average of 22.4 a game, while breaking the school record for points with 1,716. He also averaged 8.9 rebounds and 3.4 assists a game. He shot 46.7 percent from the three-point line and 81.5 percent from the free throw line. He will play in college at Oakland University in Michigan.

Loeffler needs to score 11 more points to break the school's all-time scoring mark set by Brooks Miller (1,553 points). The Vikings are currently in the regional finals as they await to see if the boys basketball tournament will continue. The NWOAL Player of the Year was also named First Team All-District. Coach Jerry Keifer said, Mason just brings so much to the table. He can score outside. He can score mid-range and he can attack the basket. He's hard to guard and he's become a much better defender. He means everything to us. We are not 25-1 without Mason." He averages 19.3 points, 12.6 rebounds, and 2.4 assists per game. Loeffler will play at Urbana University next season.

Northview went to the district finals for the first time in program history where they came up just short against Start, losing in overtime.
Craig was a big part of that tournament run. The 6'6" forward averaged 20.3 points, 13.1 rebounds, 2.6 assists, 1.3 steals, and 1.7 blocks a game. He scored 528 points this season. Coach Jeremy McDonald said, "Sean had a truly historic season statistically. What was most impressive was his consistency. Sean is the best defensive player I have ever coached. He guards 1 thru 5 for us and his impact on our team was incredible. Sean had 22 double-doubles. We are very excited for him to be a part of our program for two more years."

Szul averaged 17.1 points, 6.0 rebounds, 2.8 assists, and 2.9 steals a game and shot 79 percent from the free throw line. He had received college recruiting interest from Ohio Dominican (offered), Spring Arbour University (Offered), Trine, and Wittenberg. He was named the Northern Lakes League Player of the Year. He was 1st Team All-District, Voted to North-South Game, a NLL Scholar-Athlete, and a Senior Academic All-Distric. Coach Josh Arthur said, "Zach was a relentless worker at getting better for his team. He always stated he wanted the team to be great and he never cared about individual awards, he only cared about his teammates next to him."

Rossford's Mikonowicz heads to UT as an invited walk-on

What should the OHSAA and MHSAA do now? 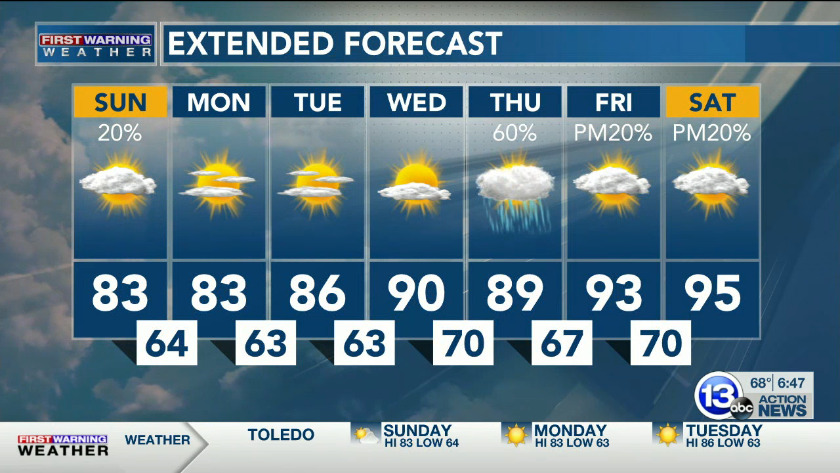 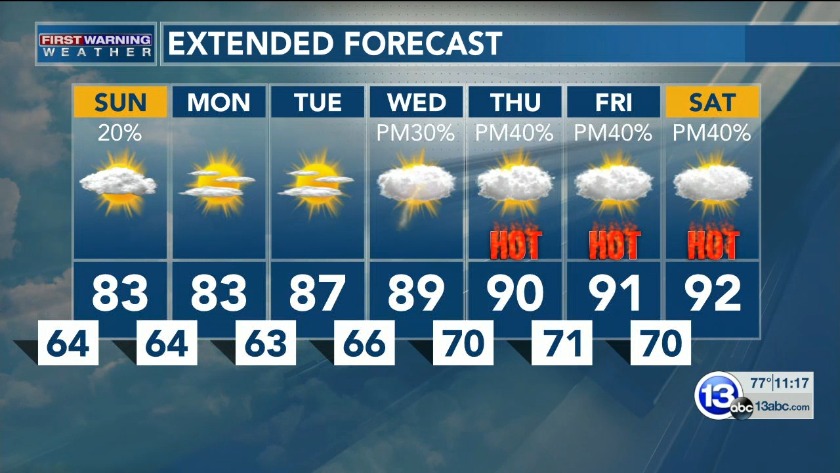 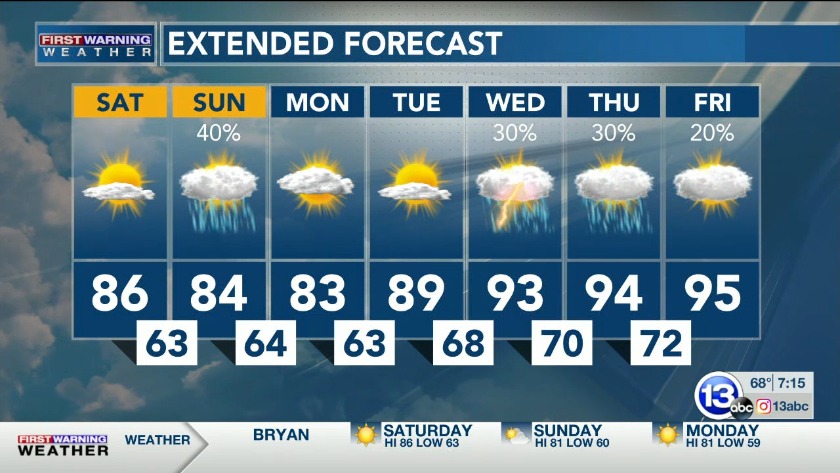 Rossford's Mikonowicz heads to UT as an invited walk-on

What should the OHSAA and MHSAA do now?