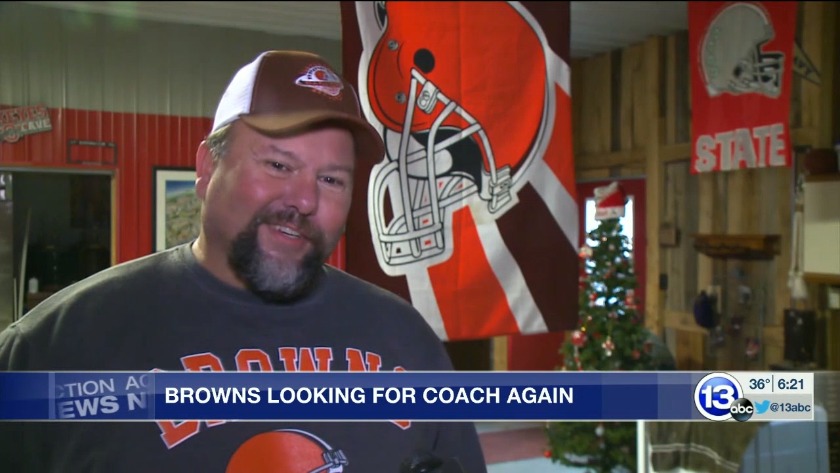 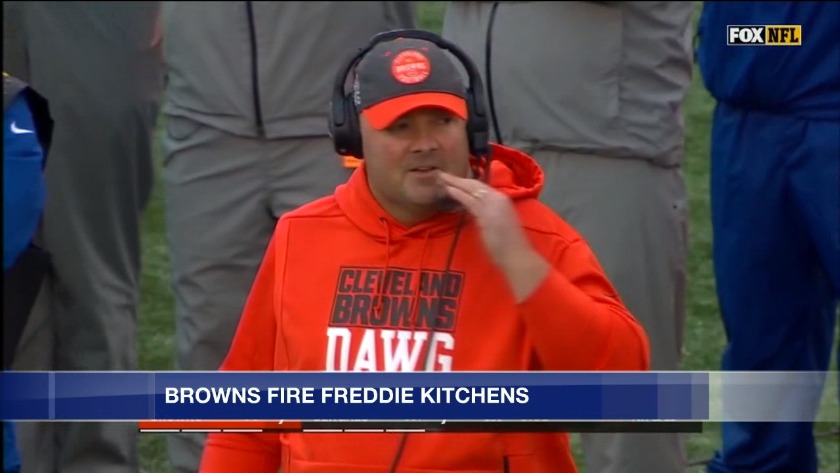 Kitchens was let go Sunday night, just hours after the Browns were beaten by the Cincinnati Bengals to finish 6-10 and miss the playoffs for the 17th straight year.

Earlier, Kitchens held out hope he would be back for a second season, saying after the 33-23 loss in Cincinnati, “I’m going to show up tomorrow (Monday) and do my job.”

But owners Dee and Jimmy Haslam decided one season was enough and parted ways with Kitchens, who was a surprising hire a year ago because he had no previous head coaching experience. His successful eight-game stretch as the team’s offensive coordinator to end 2018 had sent his stock soaring.

Kitchens was plagued by numerous mistakes in his rookie season, with game management and an inability to get Cleveland’s offense rolling among his most notable flaws.

“We thank Freddie for his hard work and commitment to this organization but did not see the success or opportunities for improvement to move forward with him as our head coach,” the Haslams said in a statement. “Our focus is on hiring an exceptional leader for this football team and we will take a comprehensive approach to this process. We are excited about the core players we have to build around and develop and we look forward to bringing in a strong head coach that will put this group of players in the best position to succeed.”

Kitchens is the fifth coach fired since 2012 by the Haslams, who have shown little patience in a failed attempt to resurrect one of the league’s proudest franchises.

Cleveland hasn’t had a winning record since 2007 and has gone through seven coaches in that 12-year span.

The Browns were a trendy pick to make the postseason under Kitchens after acquiring star wide receiver Odell Beckham Jr. in a blockbuster trade in March from the New York Giants. They paired him with quarterback Baker Mayfield, who broke the league rookie record for touchdown passes in 2018.

Kitchens received little public support this past week from players, who seemed to understand more change was imminent — and necessary.

Antonio Brown is going back to school, taking online classes at Central Michigan

Antonio Brown is going back to school, taking online classes at Central Michigan