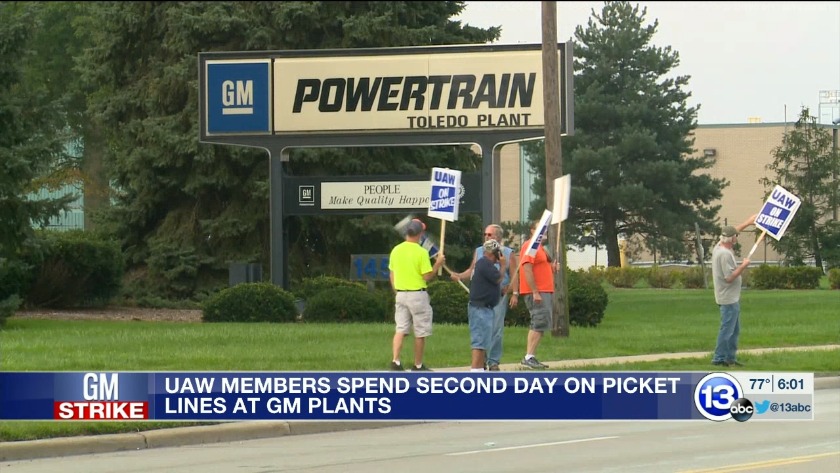 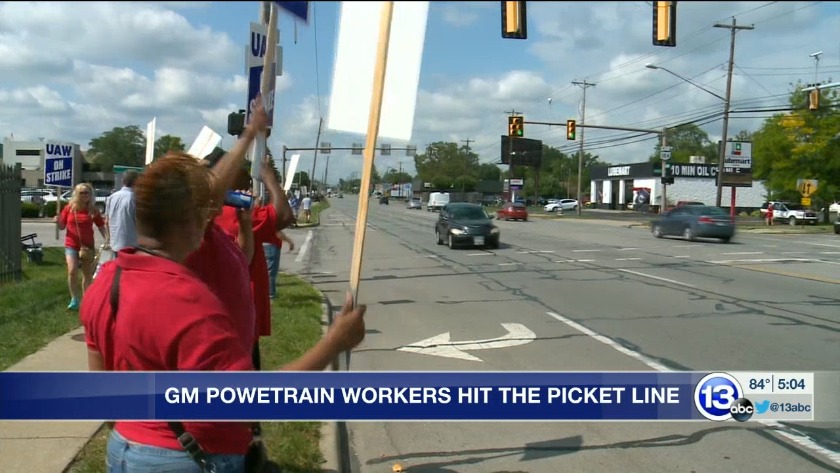 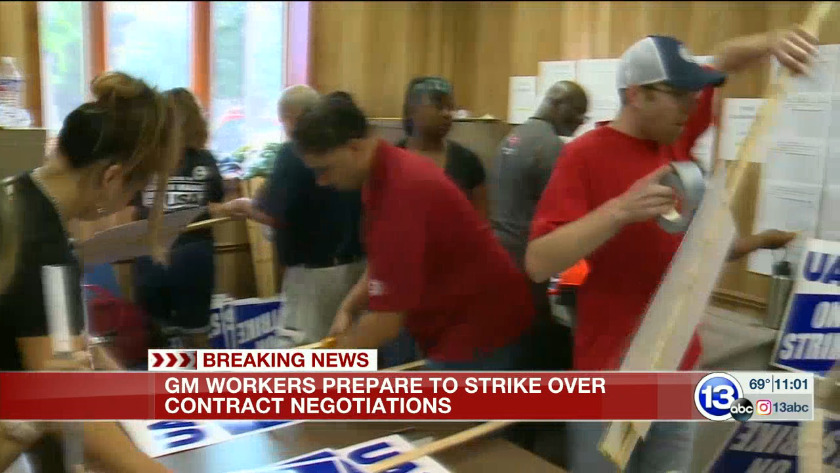 TOLEDO, Ohio (WTVG/AP) - UAW workers are back out on the picket line Wednesday as a nationwide strike against General Motors moves into a third day. On Tuesday, striking workers learned that while they are eligible for COBRA health benefits, they will have to pay for it themselves. GM planned to stop covering health benefits on Tuesday. The GM Strike Fund will likely cover those benefits for striking workers.

Contract negotiations continue Wednesday, though there are a few sticking points between the company and the union. Among them are equal pay for temporary employees, wages for the union, and health coverage.

More than 49,000 GM workers walked off their jobs just after midnight Monday. Those workers represent 33 manufacturing sites and 22 parts warehouses across the country, including the GM Powertrain plants in Toledo and Defiance.

"No one wants to go out on a strike. We were hoping they could get it together and settle without a strike today," said GM worker Lenette Holden, speaking to 13abc on Sunday night.

"I'll actually probably be here first thing in the morning, 6 am. We do four six-hour shifts. Someone will be here 24-7," said GM worker Arthur Espinoza.

"When we fight for what we want in the workforce it also helps non-union places as well. It gives a certain rule, what they can and can not do whether your union or non-union," said Holden.

UAW Local 14 president says this strike is about job security.

He says the two sides are far apart on economic issues.

"They want to keep all the profits that they made since bankruptcy. They don't want to share. It's time that they share with the workers. We need to bring up all American workers," said Earl.

General Motors says it presented a strong package with improved wages, benefits, and investments to the workers.

Local 14 union members walked off the job at 11:59 and hit the picket line.

"Strikes can be very difficult especially this one looks like we may be out for a while. We have major issues we need addressed until we get those addressed we can't continue working," said GM worker Tony Totty.

The last UAW national strike against GM was in 2007.

Woman accused of abusing Bogey the dog appears in court

Woman accused of abusing Bogey the dog appears in court